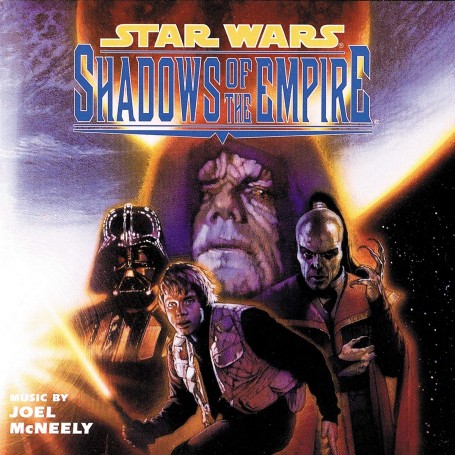 STAR WARS: SHADOWS OF THE EMPIRE

May the 4th be with you! In celebration of Star Wars Day, Varèse Sarabande Records is thrilled to announce the upcoming special release of the music for Star Wars: Shadows of the Empire by GRAMMY®-nominated composer Joel McNeely.

Joel McNeely is an Emmy® Award-winning composer and conductor with more than 100 motion picture and television credits. As a composer for film and television, McNeely has worked with such respected filmmakers as James Cameron, John Lasseter, Seth MacFarlane and George Lucas, among others. McNeely received the Emmy® Award for Outstanding Achievement in Music Composition for “The Young Indiana Jones Chronicles.” He was also nominated for an Emmy for Outstanding Achievement in Music Direction (“The Young Indiana Jones Chronicles”) and received a GRAMMY® nomination for Outstanding Classical Crossover Album for “The Day the Earth Stood Still.”