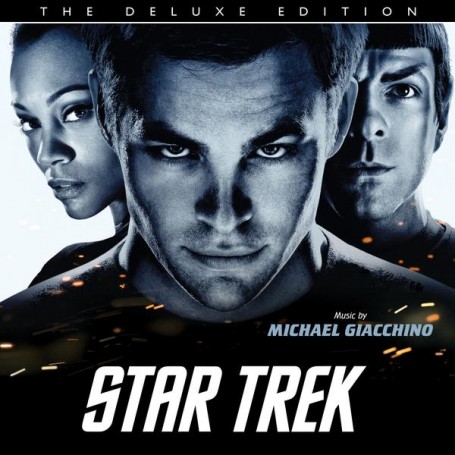 Back by popular demand! STAR TREK: The Deluxe Edition was originally released in 2010 as a greatly expanded 5000-copy special package limited edition version of Michael Giacchino’s score. Since the last copy was purchased almost a decade ago, there have been requests for a reprint. The packaging has been streamlined to a standard jewel case, but the track listing remains identical and includes the abundance of additional cues that had been previously unreleased.

On the day of James T. Kirk's birth, his father dies on his damaged starship in a last stand against a Romulan mining vessel looking for Ambassador Spock, who in this time, has grown on Vulcan disdained by his neighbors for his half-human heritage. 25 years later, James T. Kirk has grown into a young rebellious troublemaker. Challenged by Captain Christopher Pike to realize his potential in Starfleet, he comes to annoy academy instructors like Commander Spock. Suddenly, there is an emergency on Vulcan and the newly-commissioned USS Enterprise is crewed with promising cadets like Nyota Uhura, Hikaru Sulu, Pavel Chekov and even Kirk himself, thanks to Leonard McCoy's medical trickery. Together, this crew will have an adventure in the final frontier where the old legend is altered forever as a new version of the legend begins.