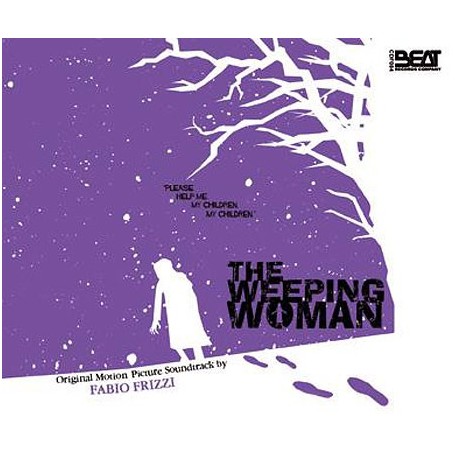 In August, a real treat will be available at Beat Records’ online store: a limited-edition CD release of the score composed by Fabio Frizzi for the disturbing horror short The Weeping Woman (2011) by Mark Steensland. This amazing release will be available on August 28 in a very limited edition. This enhanced CD includes never-before-released video interviews with the Maestro and the film’s director plus some clips from the movie. The bonus content can be accessed via a personal computer.

STEPHEN GEOFFREYS (Fright Night, 976-EVIL) stars in this terrifying tale based on the story by writer PAUL KANE (The Hellraiser Films and Their Legacy). Harry (Geoffreys), a mild-mannered traveling salesman, takes a shortcut on his way home through a snowstorm and nearly runs down a strange woman (Bostaph), who can only beg for help with her children. When he follows her into the woods, he discovers the awful truth behind the tears of the Weeping Woman. With a haunting score by master composer FABIO FRIZZI (The Beyond, City of the Living Dead, Zombi 2) and directed by MARKSTEENSLAND (Lovecraft’s Pillow, Dead@17, Peekers, The Ugly File), The Weeping Woman is a short film that will haunt your nightmares long after it has faded to black.