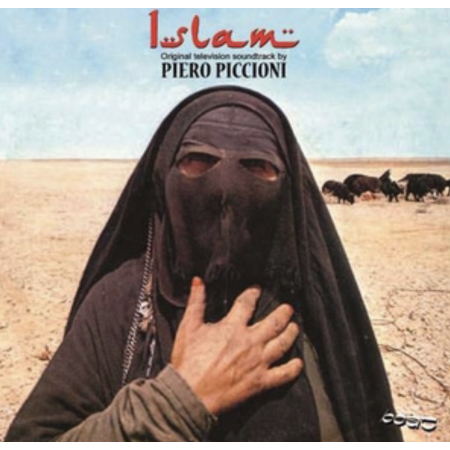 Beat Records presents for the first absolute time on CD the complete edition of the soundtrack by Piero Piccioni for “Islam” (1967-1970), a series of eight one-hour episodes dealing with topics concerning Islam, including its origins and development, the triumph of Islam in the modern world and the rediscovery of its roots in the distant past. In 1981, the series was reduced to seven episodes and later distributed in the U.S.A. and throughout the world in a version featuring four episodes of 52 minutes each under the title "Civilization of Islam" (1983-1984). From the TV series, a photographic book was made entitled “Islam le frontiere di Allah,” published by Mondadori Editore in 1981. Piero Piccioni is not new to Arabic music, having composed in 1970 a wonderful soundtrack with Middle Eastern colors and superb vocalisms by Edda Dell'Orso for “Ciao Gulliver,” directed by Carlo Tuzii and starring Antonello Campodifiori and Lucia Bosè. For this CD, we were able to use the stereo master tapes of the original recording sessions, allowing us to assemble an album with a total length of 77:32. At the time speaking, four tracks were released in mono by C.A.M. as part of a promotional vinyl library series, CAM CML 7 and CAM CML 17 (here tracks 2 through 5), and in 1983, General Music produced two different singles featuring a track of almost four minutes in stereo, GM 30001 and GM 351. For this series, Piccioni composed a very refined score with a wide variety of captivating themes drawing on the Arab tradition.This CD represents another wonderful addition to the ever-growing discography of Maestro Piccioni, whom we all love immensely. 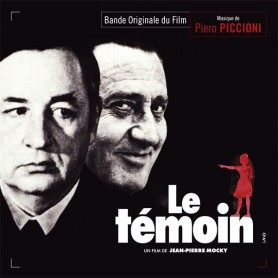 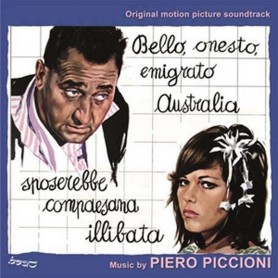