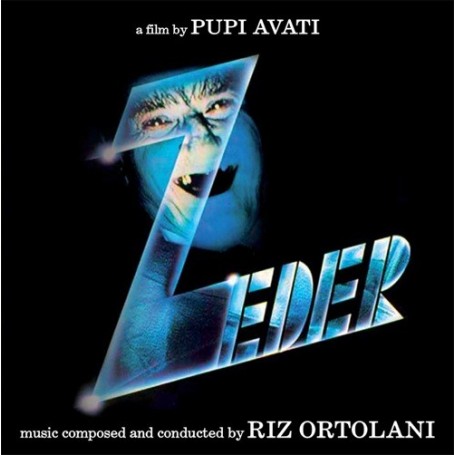 ZEDER (aka REVENGE OF THE DEAD) is an horror movie directed in 1983 by Pupi Avati and starring Gabriele Lavia, Anne Canovas, Paola Tanziani, Cesare Barbetti, Veronica Moriconi, Alessandro Partexano, Aldo Sassi, Bob Tonelli. The film was shot in Emilia and in Romagna (Italian northern regions), in the area between Bologna and Rimini, with the exclusion of the scenes shot at the beach and in a children summer camp building, still visible today, in Milano Marittima and the scenes in the open and interiors shot in Cesenatico, near the liberty lighthouse. Stefano (Lavia), a young novelist, receives a uswd typewriter, a gift from his wife Alessandra (Canovas) for their anniversary. During the test it turns out that it still contains an old tape from the reel from which Stefano reads and transcribes the content. So he began to investigate the events which happened at least half a century earlier. It is about prof. Meyer (Barbetti), a scientist who investigated the mysterious GROUND K, indicated by another scientist of the nineteenth century, prof. Paulo Zeder, who had previously disappeared mysteriously. GROUND K was tied to a theory according to which some cemeteries were widely extended to the cities and it was theorized that the chemical properties of some soils were able to resurrect the dead who were buried there. The investigation leads the writer to get in touch with the parish priest Don Luigi Costa (Sassi), owner of the typewriter, which seems to have discovered a site containing the GROUND K. Stefano discovers that Don Luigi is mysteriously alive even though everyone gave him for dead, and begins to investigate to see if the priest had appealed the case to the ownership of the ground. Continuing in the investigation, Stefano finds himself in a summer camp of the Riviera (Sea Side) in Romagna, where his research crosses with a group of French scientists who seem to have arrived at the same conclusions. Eventually Stefano will also appeal to the GROUND K, with a tragic ending. This film became a cult for the fans of the horror genre, and Riz Ortolani wrote a macabre and dramatic tones OST entrusted to synthesizers and a string section performing an obsessively recurring theme. The composer has created the right atmosphere using dissonant sound
passages alternated with a solar Reggae motif for summer scenes at the waterfront. This CD project lasting a total of 43:31 is possible thanks to the stereo master tapes of the original session kept at the private archives of Maestro Ortolani.