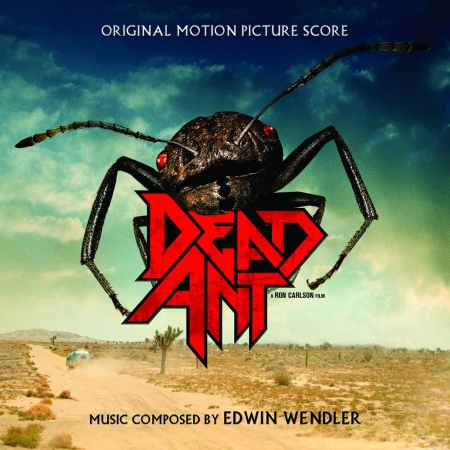 Members of a metal band get a chance at a comeback when they are invited to perform at Coachella. When they become stranded in the desert, they have to fight for their lives against giant ants. Featuring a rousing and rockin' score by critically acclaimed composer, Edwin Wendler.

About the composer, Edwin Wendler:

During his four years with the Vienna Boys' Choir, Edwin Wendler toured the world, singing in hundreds of concerts and dozens of opera performances. He earned Certificates in Film Scoring and Screenwriting from UCLA Extension in 2000, and was accepted into the prestigious ASCAP Film Scoring Workshop in 2004. Mr. Wendler’s feature film credits as a composer include Dead Ant (2019), Christmas With A Capital C (2010), Tales Of Halloween (segment Friday The 31st, 2015), and I Spit On Your Grave III: Vengeance Is Mine (2015). His score for the documentary The Right To Love - An American Family (2013) was nominated for a GoldSpirit Award. In 2010, Mr. Wendler won a "Best Score" award at the Los Angeles International Film Festival for his powerful score, Azureus Rising (CG short). His video game credits include Iris.Fall (2018), Ring Of Elysium (2019), and additional music for Honor Of Kings (2018), for which he received a Hollywood Music in Media Award nomination.

Concert commissions include the choral/orchestral piece, Consolatio (1999; broadcast on Canadian television), instrumental arrangements for the Hollywood Soloists, as well as choral works for the Illumni Men’s Chorale. Mr. Wendler’s critically acclaimed string quartet, The Marriage, has been performed in Canada and France.