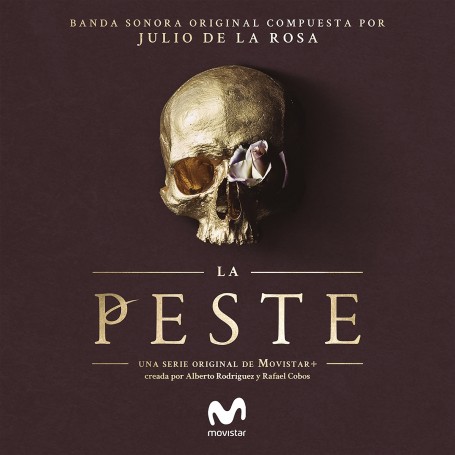 Quartet Records and Movistar+ are proud to present a 2-CD album with the original score by Julio de la Rosa (After, La isla mínima, El hombre de las mil caras) for the most ambitious Spanish television series ever produced.

Directed by Alberto Rodríguez and written by Rodríguez and Rafael Cobos, the story takes place in 16th-century Seville. During a terrible plague epidemic, the corpses of several murdered people are found—and considered an omen of the end of the world. Seville was one of the main cities of the Western world. Known as the Great Babylon, it was home to people of all races, where fifty different languages were spoken; all the gold from America arrived at its port. It was one of the smelliest but most beautiful cities in the world, and is the setting for this unique, character-driven thriller.

Julio de la Rosa, the usual composer for Alberto Rodríguez’s movies, has written an extensive, intense and atmospheric score that seems to breathe a deadly atmosphere, dominated by electronic textures, guitars, cymbalon and a mixture of strings.