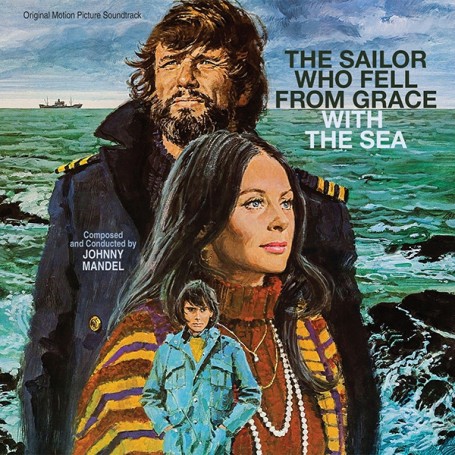 THE SAILOR WHO FELL FROM GRACE WITH THE SEA

Yukio Mishima’s novel, The Sailor Who Fell from Grace With the Sea, was published in 1963 and translated into English in 1965. A decade later, screenwriter Lewis John Carlino (Seconds, The Brotherhood, The Mechanic, among others) adapted the novel for the screen and also made his directing debut. Moving the setting to Dartmouth, Devon, Carlino got the wonderful cameraman Douglas Slocombe to photograph, and cast Sarah Miles and Kris Kristofferson in the leads. The film features wonderful performances, gorgeous photography, and is haunting and disturbing.

Adding immeasurably to the atmosphere (and there is a lot of atmosphere) is the film’s musical score by Johnny Mandel (here billed as John). Mandel’s score is simply wonderful, and his setting of Kristofferson’s tune “Sea Dream” is ravishingly beautiful. From the simple opening cues, to the lush cues underscoring the romantic scenes, Mandel conveys all the moods of the characters and the story perfectly. It’s a short score, but it does exactly what it needs to do in the time it needs to do it.

Mandel was and is a world-class arranger and orchestrator, working with such legends as Tony Bennett, Quincy Jones, and Natalie Cole. His music has been interpreted by many great jazz musicians and several Mandel-penned movie themes became well-known songs – “Emily,” “The Shadow of Your Smile,” “A Time for Love” (Oscar-nominated), and “Close Enough for Love.”