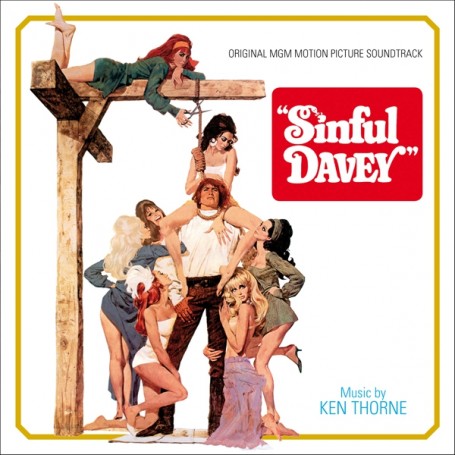 The film was initially scored by John Barry, but the filmmakers considered his music “too bittersweet.” His score was ultimately replaced by a completely new effort by Ken Thorne, who provide an approach closer to adventure and romance films, handled in a sublime British symphonic style.

The soundtrack album for Sinful Davey was announced by United Artists Records, but due to the film’s failure at the box office the release was canceled. Only a promotional single with the original song (performed by Ester Ofarim, with lyrics by Don Black) and the Love Theme was released. Fortunately, the stereo tapes with the album concept done by Thorne (with almost the complete score) has been preserved in very good conditions at the MGM vaults.