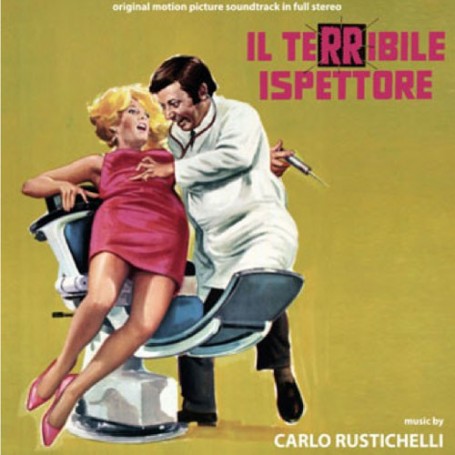 In 1969 Paolo Villaggio was well known to television audiences as Professor Kranz and his camel stuffed animals, a grotesque character with hat and tails in the program “Quelli della Domenica.” “The Terrible Inspector” was his second film after his debut on the cinemas in 1968 with the film “Eat it” (“Mangiala”). Fantozzi would become a national hit six years later, in 1975, but Villaggio’s comic vein had already exploded in the role of Paolo De Angelis, a young man willing to do anything to go up in his career. The great Charles Rustichelli composed the background music with a small orchestra, which highlights the terrible personality of the protagonist through scores ranging from funny to grotesque. Although the main character is an extremely grouchy, cun- ning man, he truly loves his girlfriend, played by a young and beautiful Agostina Belli. Rustichelli wrote a recurring romantic waltz motif that is very sentimental. During the opening credits there is an amusing nursery rhyme sung by a male voice and a choir, which seems to imitate the famous theme of Brancaleone (we’ve also included an alter- native version in mono with vocals off allowing you to hear a delightful shake arrange- ment). For our CD, lasting a total of 46:05 minutes, we have used the stereo master tapes of the recording session. 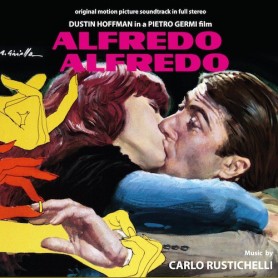