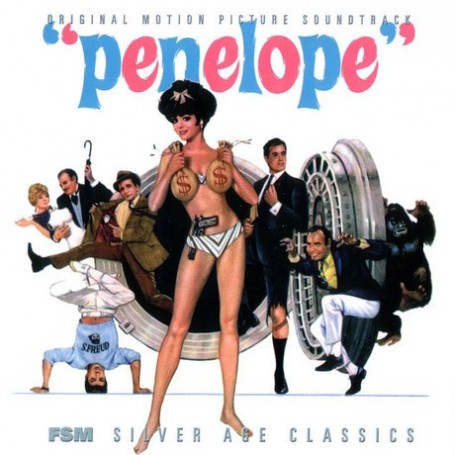 Prepare to swing with two '60s comedy scores by a pair of famous composers who are more connected than one might think: besides being friends, John Williams was at one time the piano player for Henry Mancini on soundtracks as famous as Peter Gunn. In the '60s, Williams cut his composing teeth on a parade of often silly comedies and farces—exactly the type of film that, in its most classy form, was Mancini's Pink Panther stock-in-trade.

Penelope (1966) was a Natalie Wood vehicle combining romantic comedy, psychological mystery, and utter farce. Wood stars as Penelope Elcott, a devil-may-care society woman who takes to bank robbery out of frustration with her workaholic husband; the sprawling supporting cast included Dick Shawn and Peter Falk. Shot on location in New York City, the film provided the kind of grand tapestry on which "Johnny" Williams could lay the groundwork for his future composing styles, both madcap and serious: the score features swinging jazz tracks, Lost in Space-styled wackiness, and startling dramatic moments foreshadowing his "blockbuster" styles for Irwin Allen (The Towering Inferno) and Steven Spielberg (E.T. The Extra-Terrestrial).

Penelope was released on LP at the time of the film; however, except for the title song, the album was entirely re-recorded, emphasizing the film's source music. Disc one of this 2CD set features the never-before-released original soundtrack to Penelope followed by the complete LP program. Additional original soundtrack cues to Penelope (outtakes and alternates) are located at the end of disc two, making this the complete Penelope presentation.

The majority of disc two features a complete Henry Mancini soundtrack: Bachelor in Paradise, a romantic comedy starring Bob Hope as a "sex-pert" author sent by his publisher to a suburban California community. There he educates the local wives in spicing up their marriages, runs afoul of the timid tract-house ways, and falls for a bachelorette played by Lana Turner.

Mancini's score for Bachelor in Paradise emphasizes a title song (lyrics by Mack David) which was nominated for an Academy Award—losing to Mancini's own "Moon River" from Breakfast at Tiffany's. The balance of the score features the kind of colorful Mancini jazz and mood cues which would make him a household name in the 1960s, shimmering with color, charm and melody—a lost gem from Mancini's most creative period. A bonus section includes the film's source music.

This 2CD set is entirely in stereo, with original soundtrack selections remixed from the 35mm three-track recordings. Liner notes are by Jeff Eldridge and Lukas Kendall.

Song: "The Sun Is Grey" Music and Lyrics by Gale Garnett, Sung by Natalie Wood 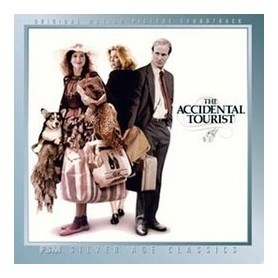 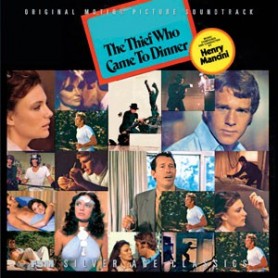