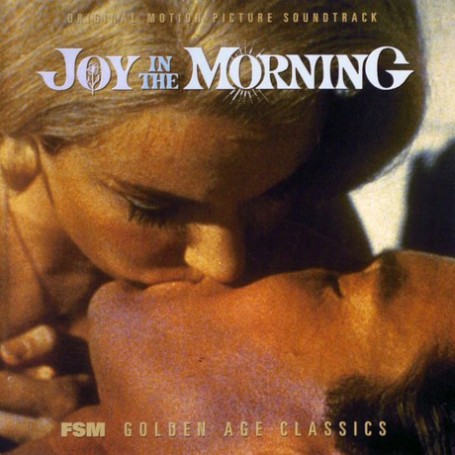 Joy in the Morning is one of the most obscure films in Bernard Herrmann's career. It is Herrmann's last successfully completed studio-era project, following Marnie (1964) and preceding his rejected score for Torn Curtain (1966), taking place during a trying time in the composer's personal life: the divorce from his second wife. The film is a period love story starring Richard Chamberlain and Yvette Mimieux, aesthetically a last gasp of traditional Golden Age filmmaking amidst more sexually permissive subject matter.

Despite the troubles with his own marriage, Herrmann keyed onto the trials and tribulations of young newlyweds with characteristic passion, utilizing the strings-and-horns ensemble he brought to films such as Blue Denim (FSMCD Vol. 4, No. 15), Tender Is the Night and Marnie. Like Tender Is the Night (made by the same producer), Herrmann was given a title song to interpolate, "Joy in the Morning" by Paul Francis Webster and Sammy Fain, performed by Richard Chamberlain for the main and end titles; but unlike Tender Is the Night, the song is more akin to Herrmann's own sensibility, and he worked it into his underscore to a greater extent, making its motives his own.

For all the fantasy, suspense and horror which has made Herrmann famous—and despite the fury of his own personality -- he was a romantic at heart. Joy in the Morning is a melodic, haunting effort surging with the passion of young love and despairing at its heartbreak. A 7:22 suite of the original soundtrack was previously released on Rhino's 2CD set, The Lion's Roar: Classic M-G-M Film Scores, 1935-1965; FSM's CD features the complete soundtrack in stereo from the original three-track recording. Liner notes are by Christopher Husted, manager of the Herrmann estate.