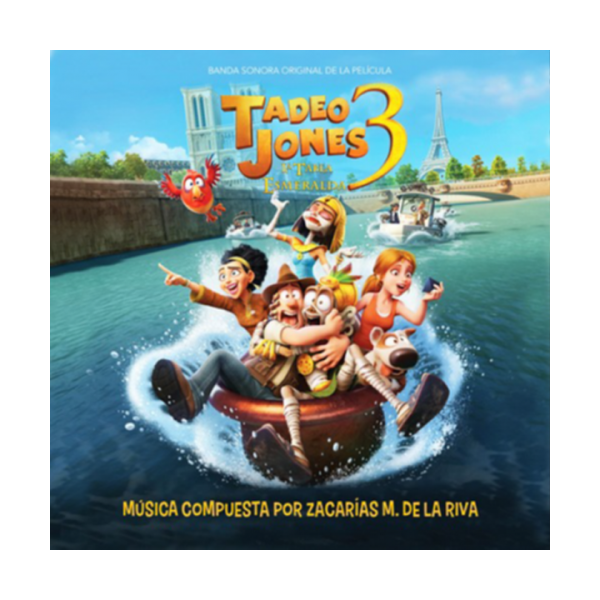 Original score from the third part of the Spanish animated feature film trilogy, directed by Enrique Gato, featuring the voice talents of Óscar Bar-berán, Luis Posada and Michelle Jenner. The third part of the Tad series finds our hero accidentally un-leash an ancient spell endangering the lives of his friends: Mummy, Jeff and Belzoni. With everyone against him and only helped by Sara, he sets off on an adventure, in order to put an end to the curse of the Mummy.

The composer say “It was back in 2004 when I first composed the music to an incredibly fun-ny and wonderful short film called “Tadeo Jones”. Now the third movie of the saga is coming out and I’ve been very lucky to be able to create through these almost 20 years a particular musical uni-verse. I’ve tried to give the music a unique identity by being faithful to an idiomatic style linked to the leitmotiv and the use of color and orchestration. The score is an elaborate work with expansive thematic content full of vibrant action cues. I’ve composed new leitmotivs for the new characters, like Ra- Amon-Ah or the Emerald Tablet. But I was also very much focused on the search of a so-nority that would embrace the narrative vision of the movie as a whole.”