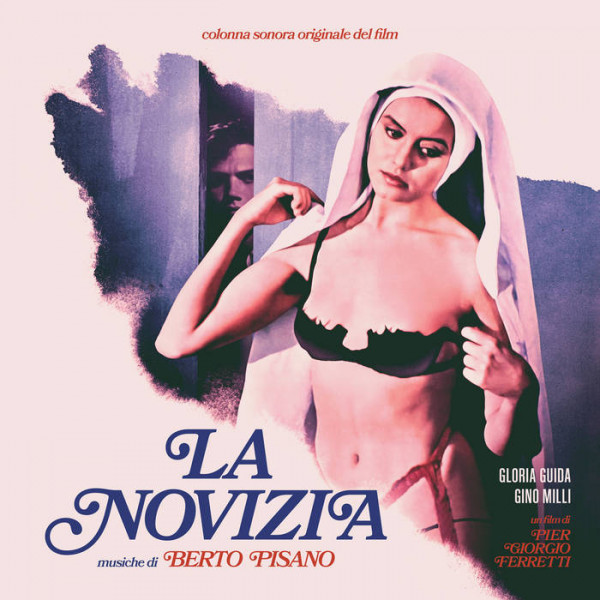 The film’s low budget meant that Pisano had to make a virtue out of necessity. Rather than using a big orchestra and strings (as is well known, he was a brilliant conductor and string arranger), he relied on a smaller ensemble – almost a chamber ensemble, but with a jazz-like rhythm section – to create sensual late-night soundscapes that ex-ude a downtempo ambience. In a nutshell: smooth, warm, velvety music. The epitome of the lounge sound.

At times, whispered, sexy vocals by (the then ubiquitous) Edda Dell’Orso float dream- ily over brushed drums, bass, guitars and electric pianos. At others, we find Italian library heavyweights like Alessandro Alessandroni (whose unmistakable whistle can be heard in “Canto Notturno”) and even psychedelic rock influences, as in the acid distorted guitars, furious drums and crazy synths of “Free Dimension”. At yet other times, we’re taken into more easy-listening territory – “Fiore Rosso”, for instance, offers a wonderfully cinematic example of Mediterranean, rather than Brazilian, bossa nova (did they ever thought of using a spinet in Brazil??).

Finally back to life after decades of obscurity, La Novizia is a thing of beauty – which, as a pretty bright fellow once said, is a joy forever. Don’t miss out on joy.

Comes on vinyl, CD and Digi with original artwork by Eric Adrian Lee and exclusive liner notes by the Pisano family. All tracks are previously unreleased in any format.