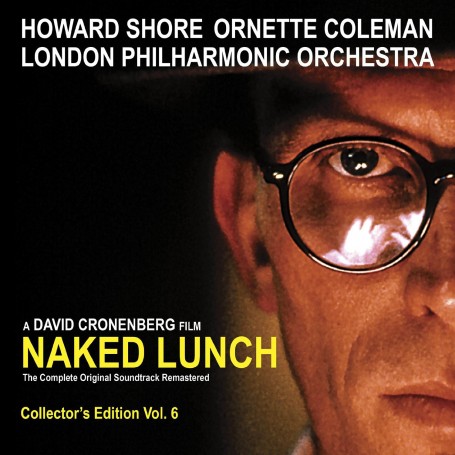 NAKED LUNCH is an adaptation of William S. Burroughs’s hallucinatory, once-thought-unfilmable novel. This film was a special treat for composer Shore, who got to work with his childhood jazz hero, Ornette Coleman. “This soundtrack’s best moments, however, occur when Shore drops the beat pose and just shines darkly,” said journalist Joseph Lanza. The Howe Records release features 16 minutes of previously unreleased material.