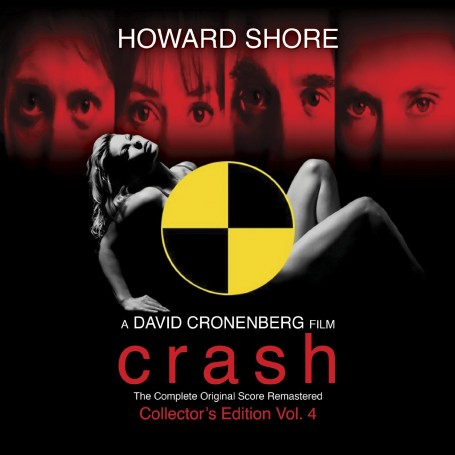 Containing 7 bonus tracks (over 18 minutes of unreleased bonus material), CRASH rounds out the trio of expanded reissues. CRASH, the first Cronenberg film to premiere at Cannes, Slashfilm recently said the film features “an absolutely brilliant score based around reverb and guitar.” The film features a brilliant performance by James Spader as James Ballard who is injured in serious a car accident killing the other driver. He and the widow (who also been injured in the accident) begin an exploration into the world of car-crash fetishism.