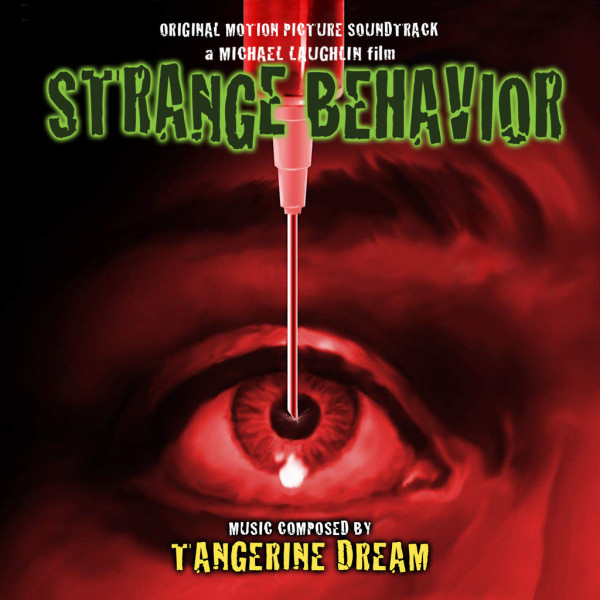 Released in 1981, STRANGE BEHAVIOR was produced by Antony I. Ginnane and is considered part of the Ozploitation film movement of the late 1970’s and early 1980’s that included THE MAN FROM HONG KONG, THE DEVIL’S PLAYGROUND, LONG WEEKEND, PATRICK, MAD MAX, THE ROAD WARRIOR, ROADGAMES, TURKEY SHOOT, BMX BANDITS and RAZORBACK, among other films. Also known as DEAD KIDS and SMALL TOWN MASSACRE, STRANGE BEHAVIOR takes place in the small town of Galesburg, Illinois. John Brady (Murphy) is the chief of police. His son, Pete (Shor) attends high school with his friend, Oliver (McClure). Life takes a turn for the worse when John has to investigate the brutal murders of four townsfolk in four separate incidents. John hasn’t been himself since the suspicious death of his wife Catherine years earlier, which he always believed had something to do with her boss, Dr. Le Sange (Dignam), who himself died shortly after Catherine's passing. At the same time, Pete volunteers to participate in a medical experiment conducted by Dr. Gwen Parkinson (Lewis) to earn some extra cash for his college applications, unknown to John. Parkinson is involved in the same experiment Catherine was working on when she died and as the story continues, John discovers that the experiment is directly related to the recent deaths around town and his own past.

The music for STRANGE BEHAVIOR was composed by the pioneering German electronica band Tangerine Dream. Founded in 1967 by Edgar Froese, Tangerine Dream is a ground-breaking musical act that veered away from the influence of traditional Anglo-American rock/pop and instead relied upon hypnotic rhythms, sustained drones, musique concrète, tape-music looping techniques, and the proliferation of early synthesizers. STRANGE BEHAVIOR was produced early in their career, following the success of their scores for SORCERER in 1977 and THIEF also in 1981. The band included the classic lineup of Edgar Froese, Christopher Franke, and Johannes Schmoelling. After completing STRANGE BEHAVIOR, Tangerine Dream would continue to score many iconic Hollywood pictures including RISKY BUSINESS, THE KEEP, FIRESTARTER, RED HEAT, VISION QUEST, LEGEND, NEAR DARK, and THREE O’CLOCK HIGH. And yet somehow, their score for STRANGE BEHAVIOR never got a soundtrack release. Until now.

BuySoundtrax Records is excited to present STRANGE BEHAVIOR on compact disc for the first time, remastered by James Nelson at Digital Outland from the best available elements provided by the production company. The booklet includes exclusive liner notes written by author and composer Brian Satterwhite.

Opening Credit/Murder In The Kitchen

Tension In The Classroom

Horror In The Bathroom

Tension In The Graveyard

Pete Goes In For The Kill

Tension In The Laboratory

More Tension In The Laboratory