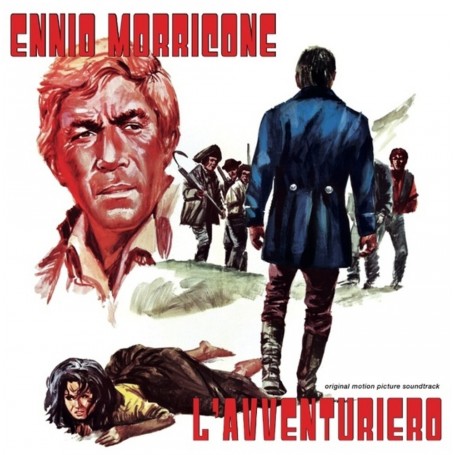 Terence Young became a famous director for bringing the first James Bond movie Dr. NO to the screen in 1962. He directed two more James Bond films: FROM RUSSIA WITH LOVE (1963) and THUNDERBALL (1965). Youngdirected THE ROVER (L’AVVENTURIERO) in 1967. A costume drama after the 1923 novel by Joseph Conrad. The film was shot in and around Rome, Italy in late 1966. It is a colorful adventure set against the infamous Reign of Terror in the eighteenth century France, starring Anthony Quinn and Rita Hayworth, who danced together 26 years earlier in the film BLOOD AND SAND in 1941. Anthony Quinnplays the eighteenth century pirate and deserter Peirol, running for the French, who was seduced by an innocent girl named Arlette, played by Rosanna Schiaffino. There were high expectations, but the film was not a great success as hoped. However, the best thing about the film is the fantastic score. Ennio Morriconewrote a stunning main theme for the film that became a classic. The score is sometimes powerful and recalls the classical symphonic music at some points, but naturally it is completely original, written especially for the film. The main peculiarity is its diversity. Highlights are the Baroque music, as in track 9, ‘’il Varo’’, and suspense in ‘’un Attimo di Tenerezza’’ and ‘’Peirol Forza il Blocco’’ with the chorus I Cantori Moderni di Alessandroni. The score has it all, well conducted by Bruno Nicolaiand this cd is a jewel in the collection. In 1967 a soundtrack LP was released in Italy on the limited non-commercial RCA SP series. The new cd version is re-mastered and you can hear the soloists Angelo Stefanatoon violin and Dino Asciolla on viola as clear as never before.