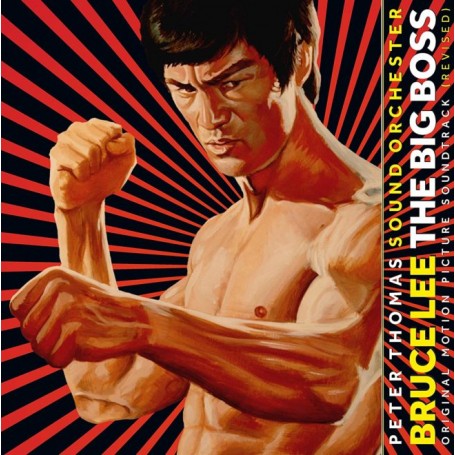 No reward points for this product because there's already a discount.

The Big Boss was Bruce Lee's first big film and gave him his international breakthrough. Director Lo Weis Film premiered in Hong Kong in 1971, but did not begin its international triumph until 1973.

The German distributor believed that the original Chinese film music was too far removed from the local listening habits and commissioned Peter Thomas to compose his own soundtrack. He succeeded with flying colors. The result was that from now on this was used all over the world, with the exception of China, and thus became the "actual" film music for The Big Boss.

Since the first release of this extraordinary film music in 2010, a lot had happened that made an improved new edition overdue: In Peter Thomas' archive four pieces and a slightly longer version from the film, which were previously thought to be lost, were found. These now replace the bonus tracks on the old CD, which were once composed for the film but not used in it.

Unfortunately, Peter Thomas passed away on May 17th, 2020 at the age of 94 in Lugano (CH) during the preparations for this production, which he had enthusiastically supported until the end. This album is dedicated to him. Likewise Bruce Lee, who would have turned eighty on November 27, 2020.