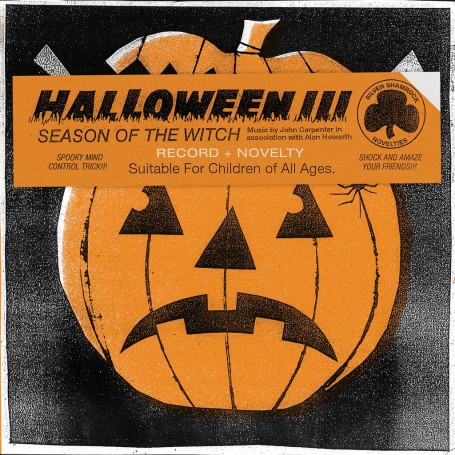 Death Waltz Recording Co. is delighted to be revisiting not only one of our favourite Halloween sequels but one of our favourite sequels period. It's been a long hard road for HALLOWEEN III: THE SEASON OF THE WITCH to be accepted within the HALLOWEEN franchise, but it is now widely considered to be one of the best horror movies of the '80s.

The packaging for this release is also completely singular and jaw dropping, designed by Alan Hynes (The wizard behind our FIGHT CLUB and ANOMOLISA releases) it's unlike all of our other reissues in this series (But still designed to fit in the collectors box) and really helps solidify what an outlier HALLOWEEN III is in the overall series.