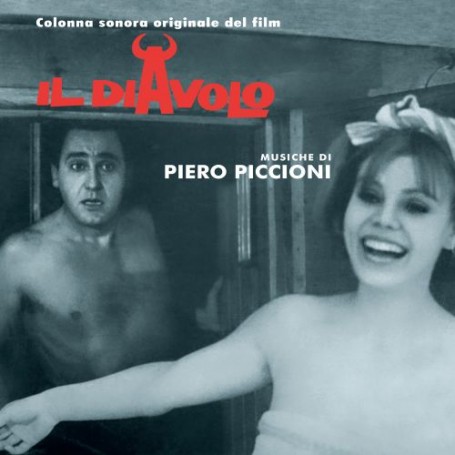 Winner of the Goldener Bär at the 1963 Berlin Film Festival, “Il Diavolo” is the third feature film by director Gian Luigi Polidoro, an Italian film irregular who has signed only a handful of films poised between comedy and eroticism between the 60s and 80s. Written by Rodolfo Sonego and interpreted by an Alberto Sordi in a state of grace, “Il Diavolo” takes up a theme already addressed by Polidoro and Sonego in “Le Svedesi” of 1960, that is the Italic myth of the Swedish woman and trips to Scandinavia of our unlikely and provincial Latin lovers. A notable success at home and abroad, the film was renamed “To Bed ... or Not To Bed” for the American market and won Alberto Sordi a Golden Globe for best comedy actor in 1964. The soundtrack written by Maestro Piero Piccioni alternates orchestral songs with a romantic flavor, swing era jazz and lounge sketches with a samba twist. Reissued for the first time on vinyl since its release in 1963, the album represents a perfect compendium of Piccioni’s style of the early 60s and one of the first peaks of the collaboration with Sordi and Sonego, an artistic and human partnership built to last.