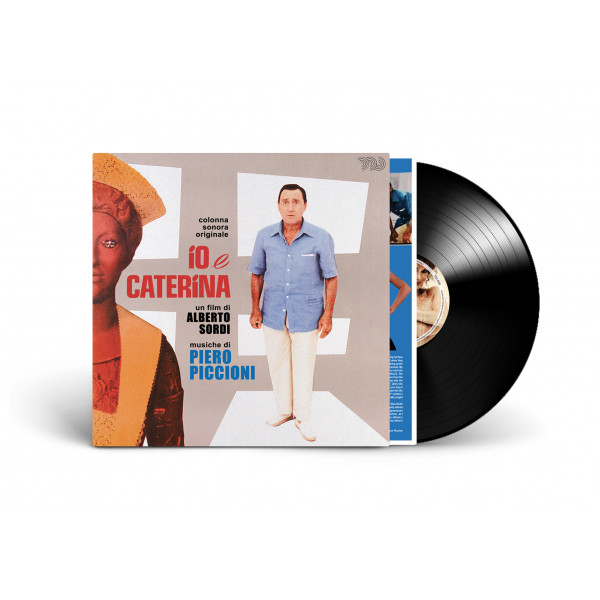 1980, a crossroad full of living icons in a single movie interpreted and directed by Alberto Sordi, Io e Caterina. So, Alberto Sordi, Edwige Fenech, the year of release, 1980, what do we miss to get an absolute masterpiece? The soundtrack composer, Maestro Piero Piccioni.

We can say it openly, one of its greatest score for cinema, intense, full of energy, orchestral, funky, melodic, touching, enthralling, passionate. An album that will be the score of your private summer, on your turn-table, in your sitting-rooms or as a late 70s background for your cocktails, together with Edwige dancing with an eye-arresting dress and great Alberto drinking a cup of champagne watching the diva of two decades dancing exclusively for him, everything under the gaze of Caterina, a robot-maiden more human than it could be thought.

The album features the original album track list, never released before alternate takes and everything in STEREO, carefully remastered by Claudio Fuiano for a robust 180 grams black vinyl featuring a printed inner sleeve full of original artworks, liner notes by Fabio Babini and an homage to Piero Piccioni written by his son Jason that tells us a nice story happened in the studio during the recording session, 40 years ago... You shall not be missing it...