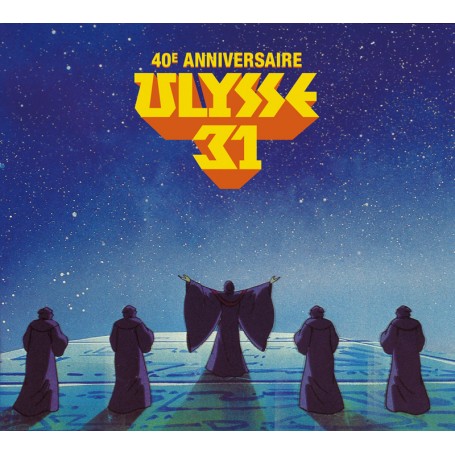 Remastered and expanded 2-CD digipak edition of the score from the cult cartoon ULYSSES 31, composed by Denny Crockett, Ike Egan, Haïm Saban and Shuki Levy. The Japanese composer Seiji Suzuki, who appeared under the credit of "Music Supervisor" also composed a few original cues which are present on this edition.

For this 40th anniversary release, the soundtrack has been mastered from newly found master tapes and supplemented with new material that includes some alternate Saban/Levy song versions, different vocals on the Crockett/Egan songs, and some previously unreleased Crockett/Egan cues. Disc 2 also includes a selection of sound effects heard in the cartoon.

The 20-page booklet includes an in-depth analysis of the soundtrack (French language).