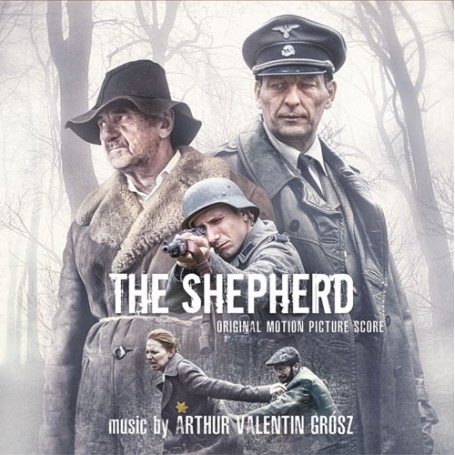 Kronos Records is proud to present the CD soundtrack for László Illés' World War II drama THE SHEPERD. Set in Hungary in 1944, with the central character being an old shepherd, who lives alone on a farm. After his daughter is murdered by the Nazis and witnessing the horror of war close up, he decides in his grief and anger at the cruelty of their oppressors to save as many Jewish lives as he possible can.

The music for THE SHEPERD was composed by Hungarian young composer Arthur Valentin Grósz, who created a score that reflects the many emotions of the film's storyline, it underlines only too well the sense of desperation, hopelessness and devastation felt by some of the characters and also supports and enhances the narrative of the film. The music is poignant and thematic in places with subtle and affecting musical interludes that become mesmerizing and haunting. The composer employs solo piano, cymbalom and a small string ensemble to fashion the score, he also utilises woodwind solos and violin to create an atmospheric and effective sound that works well with the images on screen and is just as appealing when listened to as just stand alone music, it has a folk sound about it, with interesting orchestration that makes it even more attractive. Giving a greater depth and adding a tense but hopeful persona to the proceedings.