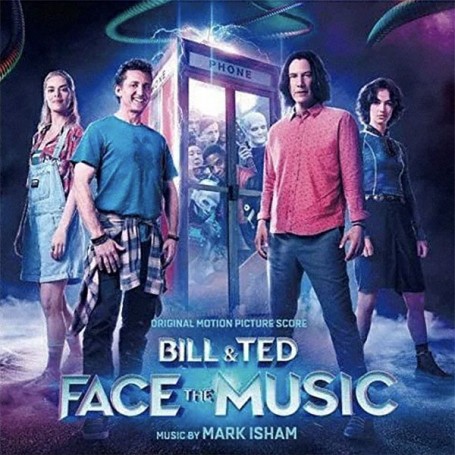 Pre-order now. Item will be dispatched as soon as it is available (December 2020)

Bill & Ted Face the Music is a 2020 American science fiction comedy film directed by Dean Parisot and written by Chris Matheson and Ed Solomon. It is the third film in the Bill & Ted series, and the sequel to Bill & Ted's Bogus Journey (1991). Alex Winter, Keanu Reeves, and William Sadler reprise their roles as Bill, Ted, and the Grim Reaper, respectively, while Kristen Schaal, Samara Weaving, Brigette Lundy-Paine, Anthony Carrigan, Erinn Hayes, Jayma Mays, Holland Taylor, Kid Cudi, and Jillian Bell join the cast. In the film, Bill and Ted must write a song to unite humanity before time and space are destroyed.
The script was laid out as early as 2010, but a production deal was not confirmed until 2018. Filming commenced on July 1, 2019.

Bill & Ted Face the Music was simultaneously released in theaters and through Premium VOD in the United States on August 28, 2020, by United Artists Releasing. It received generally positive reviews from critics.