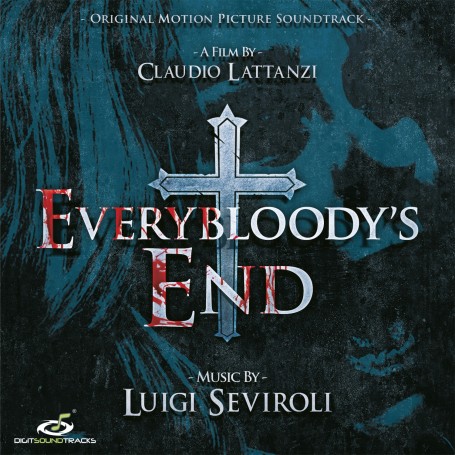 AUTHOR COMMENTARY Claudio Lattanzi and I discussed the score and we exchanged views during the whole movie post-production. He liked the idea of a score as much claustrophobic, ipnotic, venomous and rough as possible. Exception made for some parts where there was an obvious necessity of a more solid and orchestral arrangement, I believe his need was fully met.
BIOGRAPHY Luigi Seviroli is an italian composer. His music compositions, due to their natural dramatic intensity, have been choosen by different movie directors such as (among others) Michele Soavi (“Attacco allo Stato”, “Nassirya”), Gianluca Maria Tavarelli (“Non prendere impegni stasera”), Alexis Sweet (“Il Capo dei Capi” aka “Corleone”, the acclaimed TV motion picture, “Intelligence” and “Ultimo caccia ai narcos”, Alberto Ferrari (“Crimini Bianchi”), Federico Rizzo (“Taglionetto” and “Il Ragioniere della Mafia” aka “The Bookkeeper”), Patricio Valladares (“Downhill”, “Hidden in the Woods”), Antoni Sole (“The Second Reign of Night”). He also composed the score of several “audio-fiction” aired by the Italian National Radio (RAI, among which are: Dylan Dog, Giovanna D’Arco, Tex, Il Graal, Mata Hari) and of the motion comic “Orfani”, co-produced by Sergio Bonelli Editore and RaiCom (ten episodes air played on RAI4). Luigi Seviroli is currently involved in other challenging movie projects following in- ternational productions such as the two Horror “Charlie Charlie” directed by Tony Mercedes and “Everybloody’s End” directed by Claudio Lattanzi.