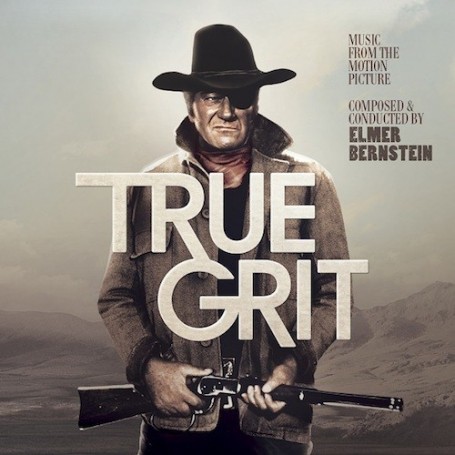 La-La Land Records, Paramount Pictures and Capitol Records/Universal Music Special Markets present Elmer Bernstein’s (THE MAGNIFICENT SEVEN, THE SHOOTIST, GHOSTBUSTERS, DEVIL IN A BLUE DRESS) majestic score to the 1969 Academy Award-Winning Paramount Pictures western, TRUE GRIT, starring John Wayne, Kim Darby and Glen Campbell, and directed by Henry Hathaway. Finally, decades after the film’s debut in theaters, comes this definitive release of Mr. Bernstein’s landmark score to one of the great genre films of all time. Complementing the film score are a stable of bonus tracks, including various versions of the main title song performed by Glen Campbell and a demo version performed by Bernstein himself, and three versions of “Go Home Girl” (one performed by John Hartford and two by Campbell). Produced by Lukas Kendall and Neil S. Bulk and mastered by Doug Schwartz from the original ¼ inch mono masters, TRUE GRIT has finally been presented to the fans in a manner truly worthy of its legend. Limited to 3000 Units, this release contains exclusive, in-depth liner notes from film music writer Jeff Bond.