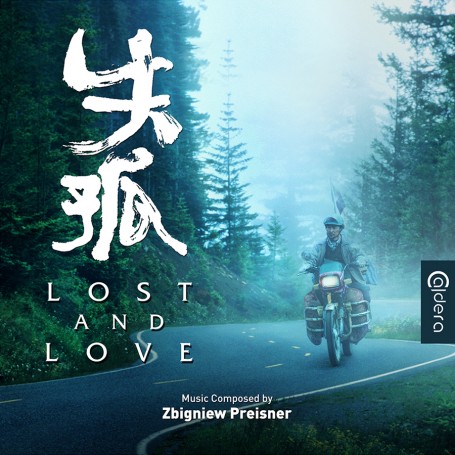 Caldera Records is proud to present Zbigniew Preisner's score for the motion picture "Lost and Love" from 2015, directed by Sanyuan Peng.
"Lost and Love" tells a harrowing (and apparently true) story of loves lost. The love described in the film is the love between parents and their children. Andy Lau plays against type by portraying Lei, a poor fruit-grower. For 15 years, he has been searching for his child, traveling through the vast country in the hope of being united with his offspring. On his way from one end of China to the other, he meets up with a young mechanic who goes by the name of Zeng Shuai as played by Jing Boran. The latter is also searching, although not for his child but for his parents.
For her feature film debut, Sanyuan Peng chose Zbigniew Preisner as composer who wrote one of his very best works, a delicate and yet passionate score which is rich in themes and variations. Its most prominent theme is – fittingly – a lullaby which opens the album. It is a melody which recurs throughout the score in different metamorphoses. Not only did it fit the images on screen, it also captured the overall topic of the film. The main theme, as already briefly laid out in the prominent lullaby, can be heard most prominently in "Lost and Love – Main Theme", carried by strings, while echoes of it feature in "Retrospective". It is reincarnated in a variation for flute, guitar, harp and orchestra in the "End Credits", which offer a glimpse of hope to the characters in the film and therefore the audience when it is given a passionate coda.
The 33rd CD-release of Caldera Records – a world premiere – features a detailed booklet-text by Stephan Eicke and elegant artwork by Luis Miguel Rojas. The CD was mastered by Leszek Kaminski and produced by Stephan Eicke and John Elborg.