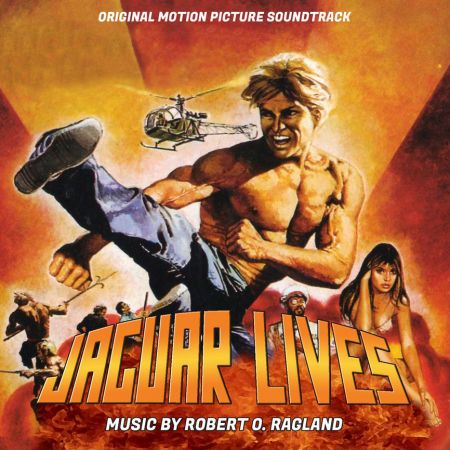 Released in 1979, JAGUAR LIVES! tells the story of Jonathan Cross, international spy and agent of organization G-6 as he pursues Esteban, the mysterious leader of an international drug cartel. The film begins with G-6 agents Jonathan Cross and Bret Barrett as they race through the Spanish highlands towards the famous Basílica de la Santa Cruz del Valle de los Caídos (Basilica of the Holy Cross of the Valley of the Fallen) monument, trying to reach it in time to keep a bomb from exploding at its base. Cross races to grab the bomber, only to have Barrett shoot his partner in the back, allowing the bomb to go off and destroy the monument. Wounded, Cross survives and Barrett is presumed killed in the explosion. After being double crossed by nearly every contact he encounters in his globe-trotting hunt for Esteban, Cross finally tracks him down only to discover he’s actually his old partner, Bret Barrett, alive and literally kicking. The two compatriots have a final throwdown in an old castle and only the film’s title can reveal who the ultimate winner can be…

Robert Ragland’s score for JAGUAR LIVES! is based around a single heroic theme, which is introduced in the main title. Ragland uses this theme throughout the score in various interpretations and arrangements, nearly all of which will maintain the bold, flying tempo with which it’s initially introduced. Apart from his many variations on the theme, Ragland provides a handful of additional cues for specific moments in the movie. Softly strummed acoustic guitar heard as source music when Cross visits a large Spanish villa. An eloquent piano performance is also used as source music. There is also a great motif for building tension via pensive strings, acoustic guitar, and woodwinds, along with clusters of burbling brass, along with a vintage love theme, as Cross takes some time to frolic with an agent disguised as a nun in Macau.

JAGUAR LIVES! was intended to launch a new martial arts franchise but, despite the best intentions of director Ernest Pintoff and screenwriter Yabo Yablonsky, the film failed to conquer its audience or its box office. A small budget prevented the film from meeting its intended potential. All the same, the movie has its moments of fun and features a fine cast. Producers Derek Gibson, Sandy Howard, and Fred Weintraub brought together an impressive cast; Five of the guest stars were selected because of their association with James Bond films. The producers were unable to film the movie in all of the many locations the story called for. Jaguar’s globe-trotting traipsing about in pursuit of Esteban, the mysterious leader of an international drug cartelwould take him through Morocco, New York, Hong Kong, Rome, Istanbul, Macao, Tokyo, and a few other places that don’t actually exist but the production made due mostly with locations in Madrid, Spain, with second units filming in Tokyo, the U.S., and Hong Kong.

Playing the piano at the age of five set the tone for Robert O. Ragland’s lifelong interest in music. Throughout his school years, he performed and organized dance bands. After graduation from Northwestern University, Ragland served as an arranger for the Dorsey Brothers Orchestra. Later, he attained degrees in music from the American Conservatory of Music in Chicago and attended the Academy of Music in Vienna. Following the death of Tommy Dorsey, Ragland officially left the music business for his stint in advertising. But the urge to write film music overwhelmed him so he came to California.

Some of Robert O. Ragland’s diverse credits include RETURN TO MACON COUNTY, PONY EXPRESS RIDER, SHARK’S TREASURE, PROJECT: KILL, ABBY, MANSION OF DOOM, GRIZZLY, Q, THE WINGED SERPENT, MESSENGER OF DEATH, 10 TO MIDNIGHT, THE FEAR, ORION’S KEY, TOP OF THE WORLD and MOTEL BLUE. Ragland passed away in 2012 at the age of 80. In his later years, Ragland also conducted the music for many live awards shows including the Oscars and the Emmys.

Dragon’s Domain Records presents JAGUAR LIVES! on compact disc for the first time, featuring music composed by Robert O. Ragland. The music is presented from archival sources as the master tapes have been lost to time.

JAGUAR LIVES! is a limited edition release of 500 units