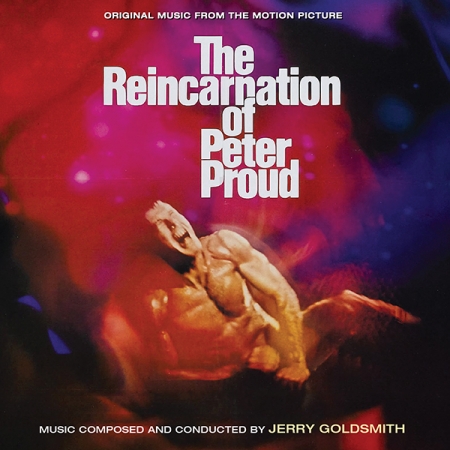 THE REINCARNATION OF PETER PROUD

Long-awaited world premiere release of complex Jerry Goldsmith horror soundtrack! J. Lee Thompson directs, Max Ehrlich scripts from his own novel, Michael Sarrazin, Jennifer O’Neill, Margot Kidder, Cornelia Sharpe star. Jerry Goldsmith scores for both array of electronic keyboards, full orchestra. Shades of complex multi-piano and string complexities of the forthcoming Coma and meld of electronics becoming full orchestra timbre of Logan’s Run both find their origins in Peter Proud. Story-wise, Peter Proud is haunted by dreams of a past life and sets out on a quest to discover the source. The lengthy journey takes him to Massachusetts, widowed Marcia Curtis and her daughter Ann… and the terrifying answers to the mystery. The ingredients involve romance, lust, murder, incest, even a touch of the occult. Composer Goldsmith anchors with a main theme introduced from the outset by a chamber-sized string ensemble with liberal electronics to establish an other-worldly dream-like tone mingled with impending terror. When the search begins, Goldsmith opens his material up with a degree of forward motion, adding size to his ensemble. Still further into the story, he increases his orchestral forces, eventually scoring in a full-blooded action/horror mode. Adding further depth to the score, Goldsmith also created one of his most beautiful love themes, here featuring piano and strings, often with the added color of solo flute. At another point, the striking sound of solo trumpet evokes his legendary and then-recently completed score for Chinatown. Certainly, the importance of Peter Proud’s score is considerable. The failure of any legitimate soundtrack album to materialize for several decades due to complicated rights issues with Bing Crosby Productions and missing elements suitable for commercial release created a strong demand amongst Goldsmith aficionados and resulted in an exhaustive master tape search and licensing affair. Eventually Intrada located tapes preserved by an AFM member involved with the score back in 1975 and secured the necessary licensing from current rights holder Paramount Pictures. The tapes were complete, including music not used in the finished film. Tracks 1 - 18 are in true stereo, taken from 1/2” 3-channel stereo mixes albeit subsequently dubbed down to 1/4” slow-speed two track tape and acquiring a degree of wear over the years, particularly distortion. Remaining tracks came from a slow-speed 1/4” roll of full-track mono tape, later stored on DAT. Everything is relatively free of noise but audio anomalies are apparent throughout. But it’s all here at last, the complete score to one of Goldsmith’s last remaining film soundtracks that had been waiting for release. Detailed notes by Jeff Bond plus flipper-style booklet artwork and layout prepared by Kay Marshall enhance this important release. Armin Steiner records in October 1974 at CBS Studio Center, Herbert Spencer orchestrates, Jerry Goldsmith composes and conducts. Intrada Special Collection CD available while quantities and interest remain! 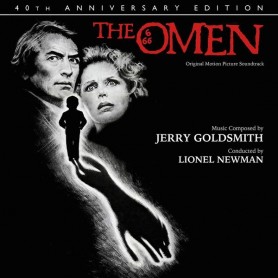 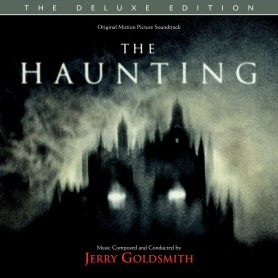 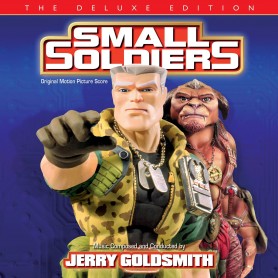 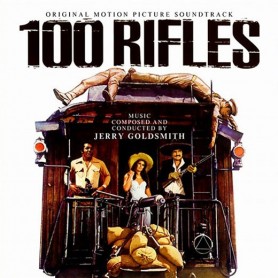 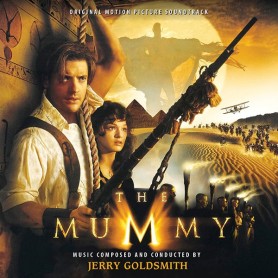 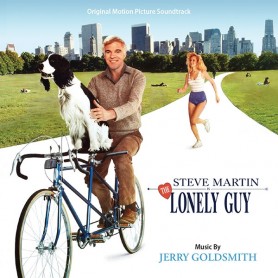