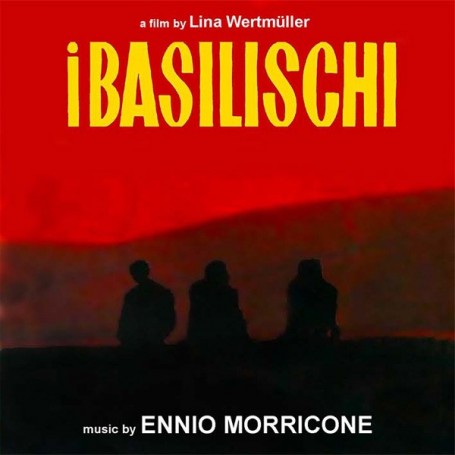 I BASILISCHI. Movie directed in 1963 by Lina Wertmüller and starring Antonio Petruzzi, Stefano Satta Flores, Sergio Ferranino, Luigi Barbieri, Flora Carabella, Mimmina Quirico, Enzo Di Vecchia, Marisa Omodei, Manlio Blois, Enrica Chiaromonte, Rosanna Santoro, Rosetta Palumbo. Francesco (Satta Flores), Sergio (Ferranino) and Antonio (Petruzzi) are
three privileged young people who live in a typical village of the province, located between Apulia and Basilicata: the film is a portrait of their lives, now too steeped in apathy and provincialism, and they really want to fly towards a more challenging life style. One day the aunt of Anthony, a lazy college student, will offer to go and live with her in Rome, and hange the university college from Bari to Rome the capital city. But after a short time Anthony gave up and returned to the countryside. In fact, the young man is unable to abandon prejudices, clichés and rituals of the province of origin, now irrevocably rooted in his being. The film won the SILVER SAIL for Best director at Locarno Film Festival in 1963 and subsequently gained prizes in London and Taormina.
PRIMA DELLA RIVOLUZIONE (aka BEFORE THE REVOLUTION) is a drama movie directed in 1964 by Bernardo Bertolucci and starring Adriana Asti, Francesco Barilli, Allen Midgette, Cristina Pariset, Cecrope Barilli, Morando Morandini Jr., Evelina Alpi, Emilia Borghi, Iole Lunardi, Giuseppe Maghenzani, Domenico Alpi, Gianni Amico, Aurelio
Bordi, Salvatore Enrico, Guido Fanti, Ida Pellegri, Goliardo Padova. Fabrizio, a young student from a middle class family, is aware of the difficulties to reconcile his fellowship in the Communist Party with his social status. He remains traumatized by the death of Augustine, in his turn the victim of a deep ideological disorientation. The arrival of aunty
Gina, a young and elegant woman who lives in Milan, adds to his confusion: the aunty falls in love with Fabrizio, who returns her love. When Gina went back to Milan, the young man shows his weakness and inability to achieve his personal and political aspirations. So, in compliance with family and social conventions, he chooses to marry Clelia,
a young girl belonging to his own social class.
For I BASILISCHI Ennio Morricone created a short but intense OST based on variations for orchestra of a nostalgic ballad with popular flavor, sung in dialect by Fausto Cigliano, alternated to motifs for mandolins and a tango dance.
For PRIMA DELLA RIVOLUZIONE Ennio Morricone composed the OST based on slow and sad atmospheres of classic flavor, alternated with pastoral motifs for flute and strings. Morricone frequently incorporates in the score fragments of a theme composed four hands with Gino Paoli. For this CD (43:46) the stereo master tapes of the original session were used expertly restored and digitally remastered.