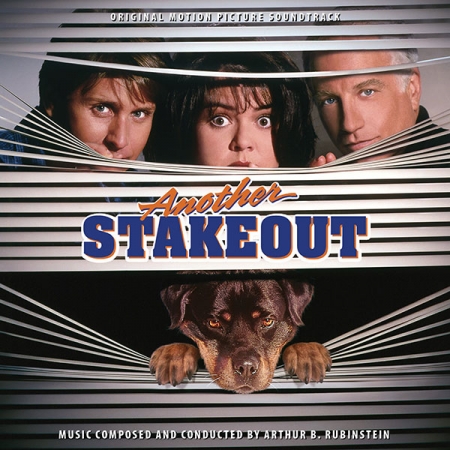 Music Composed by Arthur B. Rubinstein

Exciting 1993 Arthur B. Rubinstein soundtrack CD premiere! From Touchstone Pictures comes John Badham’s sequel to his hit 1987 action comedy Stakeout. As with the original, Badham offers profuse action and thrills with his comic touches in another tale of buddy cops Richard Dreyfuss and Emilio Estevez on the trail of bad guys, this time being no less than a local Mob boss and his deadly hitman (Miguel Ferrer) chasing after star witness Cathy Moriarty. Featured is Rosie O’Donnell as the zealous Assistant District Attorney who engages our two cops in staking out the lakeside residence where Moriarty is believed to be hiding out. Composer Arthur B. Rubinstein again scores albeit this time enlarging the scope of his music significantly with an 80-piece orchestra. The scale is bigger, the comic episodes more involved and the action is much bigger. At times its intense. This is Rubinstein doing what he does best, working with the director he is most famed for. Listeners are the beneficiaries! The shape of Rubinstein’s score is worthy of note: Intense drama and action open,  then light comic material enters, soon followed by melodic development, all leading to powerhouse action segments and a rousing final shootout. When all is said and done, Rubinstein wraps with a brief unassuming coda. There are numerous highlights but the action sequences deservedly get the spotlight: After a lengthy “Main Title” set-up, “You Dump We Pump” illuminates the frightening initial bombing attack with crisp low brass punctuation over rolling left hand piano and snare. Staccato trumpets add to the terror. “Arrest Him” launches with witty harmonica and guitar but quickly dissolves into more crisp low brass and dynamic rhythmic activity as the chase gets underway. When Rubinstein zeroes in on the climactic chase and shootout sequences, all vestiges of comic play drop as the film heats up: “Dock Threat/Water Fight” gets things going with dark, intense material based on the composer’s signature harmonic vernacular of shifting minor chords in strings leading to jagged outbursts from a trio of trumpets. The grim mood remains throughout several cues, culminating in two back-to-back deadly serious action sequences: “Cops Shooting Cops” followed by “Tony Gets Gina”. Together they offer some of Rubinstein’s most ferocious action writing of his terrific career. Powerhouse! Entire CD mixed and mastered from the original 2” 24-track session masers vaulted in pristine condition by Walt Disney Pictures. Informative liner notes by John Takis, colorful “flipper-style” booklet design by Kay Marshall. Sad footnote: As this CD went into production, it was to become the last soundtrack album Mr. Rubinstein was personally involved with before his death in April 2018 of complications resulting from cancer. This important release is understandably presented in loving memory of him. John Richards mixes, Brad Warner orchestrates, Arthur B. Rubinstein composes, conducts. Intrada Special Collection CD available while quantities and interest remain! 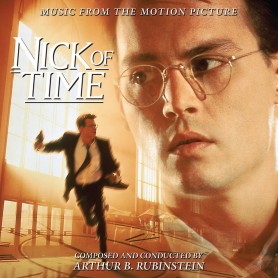