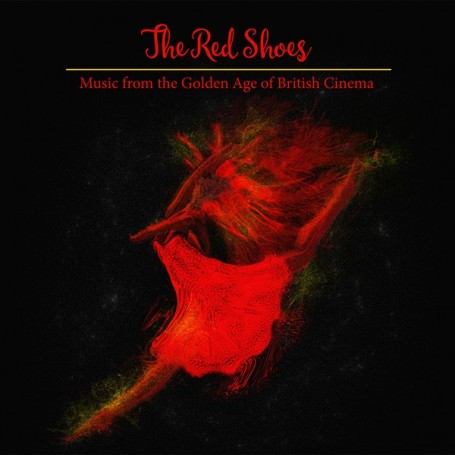 THE RED SHOES (Music from the Golden Age of British Cinema)

All during the 1940s and 1950s, American cinema was producing some of the best music ever written for films – composers like Max Steiner, Erich Wolfgang Korngold, Alfred Newman, Miklos Rozsa, Bernard Herrmann, Dimitri Tiomkin, Hugo Friedhofer, David Raksin, and many others, delivering one great score after another.  Sometimes it’s hard to remember that there was also an extraordinary number of equally brilliant scores being written by by equally brilliant composers like Ralph Vaughan Williams, William Walton, Arnold Bax, Arthur Bliss, William Alwyn, Benjamin Frankel, Brain Easdale, Allan Gray, John Addison, Richard Addinsell, and many others, delivering one great score after another.  And it is those films we salute with this two-CD collection of some of the best and most magical music from the Golden Age of British Cinema.

Beginning with Brian Easdale’s amazing music from Powell and Pressburger’s masterpiece, The Red Shoes, these two CDs are loaded with fantastic music from such great films as Scott of the Antarctic, Things to Come, Blithe Spirit, Oliver Twist, A Matter of Life and Death, The Man Between, The Sound Barrier, The Passionate Friends, Henry V, The First of the Few, So Long at the Fair and others.

These historic tracks were all recorded contemporaneously to the releases of the films, mostly appearing on 78s and being extremely faithful to the way the music was presented in the films.  There have been releases containing these tracks before – some sounded decent, some sounded horrible, some sounded processed to death.  They weren’t always taken from the same exact sources, and that goes for this new compilation of these classic tracks, which utilize better sources for much of it.  Our amazing audio restoration expert, Chris Malone, has labored mightily to optimize each track, and they are definitely much improved from past releases, sometimes dramatically so.  And this music is so important in terms of its history that we hop you’ll all that hard work was well worth it.   One thing you’ll find is that this is some of the most addictive music ever written for the screen.