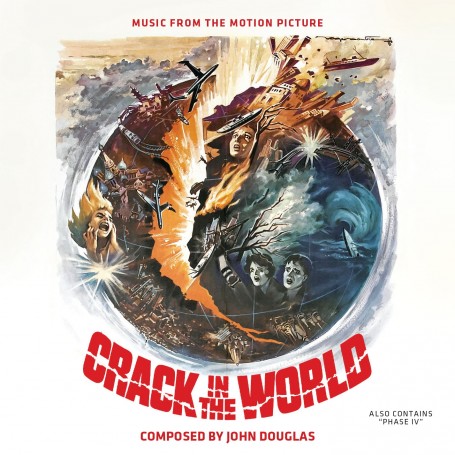 CRACK IN THE WORLD / PHASE IV

NOTE: CRACK IN THE WORLD was sourced from 35mm, 3-track mono DME stems, and as a result, some dialogue bleed-through can be detected. The acclaimed PHASE IV program presented on the recent Waxwork Records LP release was recreated for this CD by Doug Schwartz, from Waxwork’s unmarked, unslated source files.