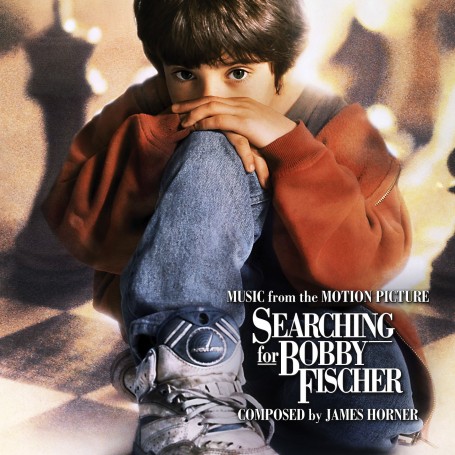 La-La Land Records, Paramount Pictures and WEA proudly present a remastered and expanded re-issue of renowned composer James Horner’s (STAR TREK II: THE WRATH OF KAHN, GLORY, BRAVEHEART, TITANIC) original motion picture score to the acclaimed 1993 Paramount Pictures drama SEARCHING FOR BOBBY FISCHER, starring Joe Mantegna, Laurence Fishburne and Joan Allen, written and directed by Steven Zaillian. This emotionally stirring score, rich with flowering themes and a strong dramatic foundation is regarded as one of this master composer’s finest works. This new release brings the score back in print and back to life, with an expanded and remastered presentation. Produced by Dan Goldwasser and mastered by James Nelson, this special release is limited to 3000 units and features bonus tracks, including alternates and album versions. Exclusive, in-depth liner notes from writer Brian Satterwhite takes you behind the music while Dan Goldwasser’s sharp art design makes all the right moves.