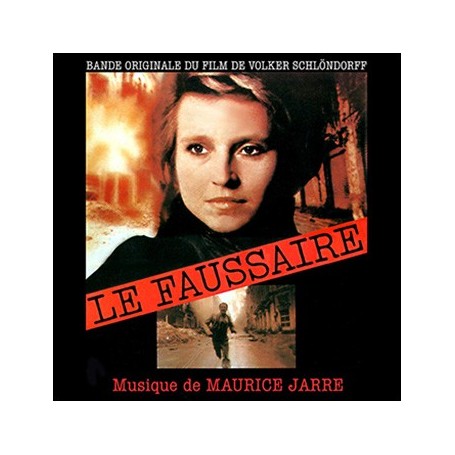 A less known score from the great Maurice Jarre (1924 - 2009) makes its premiere on CD from the Canadian label Disques Cinémusique.

Volker Schlöndorff’s Circle of Deceit, released in 1981, follows a German reporter (Bruno Ganz) on a mission to Beirut to cover the ongoing conflict between Christians and Muslims. Confronted with the horrors and the complexity of this civil war, he comes to question the usefulness of his profession. On his return to Berlin, in a crisis of conscience, he refuses to sell his article to the newspaper.

Schlöndorff starkly shows the harsh reality of a conflict with universal and topical resonance. He denounces at the same time the excesses of the press, which tend to favor sensationalism rather than rigorous analysis of the situation. Against a conventional war movie backdrop, the director takes a documentary approach, incorporating real fight scenes into his narrative. What Circle of Deceit loses as entertainment, it gains in authenticity and realism.

Composer Maurice Jarre, who had previously collaborated with Schlöndorff for The Tin Drum, opts for a largely atonal score, but it is not unattractive for that. Though disconcerting at first glance, the cues quickly become enthralling and prove to be very efficient on a dramatic level. The synthesizer and a chorus occasionally support the orchestra dominated by brass. Jarre uses many exotic plucked instruments, as well as a wide array of percussion, providing local color throughout the score. All in all, Circle of Deceit will be a nice surprise for the composer’s fans. Color insert with a 4-page booklet.