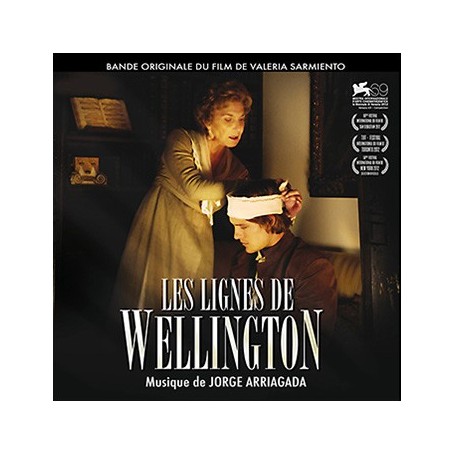 Music Composed by Jorge ARRIAGADA and Conducted by Laurent PETITGIRARD

After Mysteries of Lisbon, Franco-Chilean director Raoul Ruiz undertook another major project, Lines of Wellington. He had just finished the preparation when death carried him off. Valeria Sarmiento, his wife and longtime collaborator, took on the challenge of completing it. Her two and half hours film pays a tribute to the great Ruiz while offering a personal tone and features.

Released in 2012, Lines of Wellington tells the attempted invasion of Portugal by French troops in the 19th century, and the retreat of the population towards the lines of fortification built by General Wellington in the northern region of Torres Vedras. It is indeed thanks to the intervention of the British Army that the country could repel the invaders. Firmly anti-militarist, Sarmiento is less interested in the glory of war than its impact on a large number of victims, especially in the Anglo-Portuguese camp.

The task of writing the music for Lines of Wellington was naturally entrusted to Jorge Arriagada, armed with his forty years of experience in the service of cinema, including nearly all the works of Raoul Ruiz (Les Ames fortes, Klimt, L’Oeil qui ment, etc.). Serious and dark as a whole, his score has nevertheless touches of light that represent the hope of the people and their allies to repel the invaders. A female choir sometimes joins the large orchestra, expressing the courage and the vital forces of the Portuguese in adversity. Even the most melancholy pieces have a compelling melody; another important attribute of the composer, as already demonstrated in our previous edition devoted his soundtracks for the films of Philippe Le Guay. This limited edition of 500 includes a 12-page color booklet.