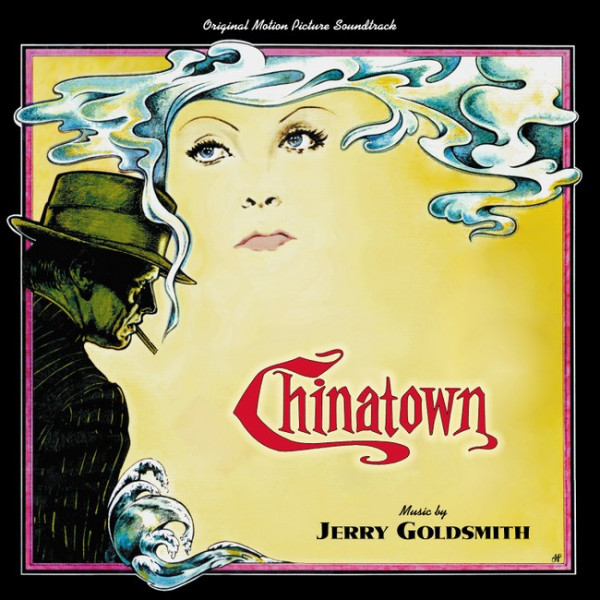 It’s one of the greatest film scores of all time!
It’s one of the all-time classic soundtrack albums!
Chinatown has been remastered and sounds better than ever!

In a legendary performance, three-time Academy Award® winner Jack Nicholson stars as private eye Jake Gittes. Hired by a mysterious woman to investigate Hollis Mulwray, the chief engineer of the Los Angeles Department of Water and Power, Gittes’ sleuthing brings him into contact with Mulwray’s wife (Academy Award® winner Faye Dunaway), a stunning socialite with secrets of her own. As a determined Gittes delves deeper he soon realizes that even the City of Angels has a dark side. Director Roman Polanski’s Chinatown has evolved from an atmospheric film noir mystery into a modern day classic, with Robert Towne’s Academy Award®-winning script unforgettably and brilliantly capturing a lost era of deceit, corruption and treachery.

Just in time for the film’s glorious debut on Blu-ray DVD, Jerry Goldsmith’s classic Chinatown returns in this definitive presentation of the original soundtrack, after being out of print for over a decade.