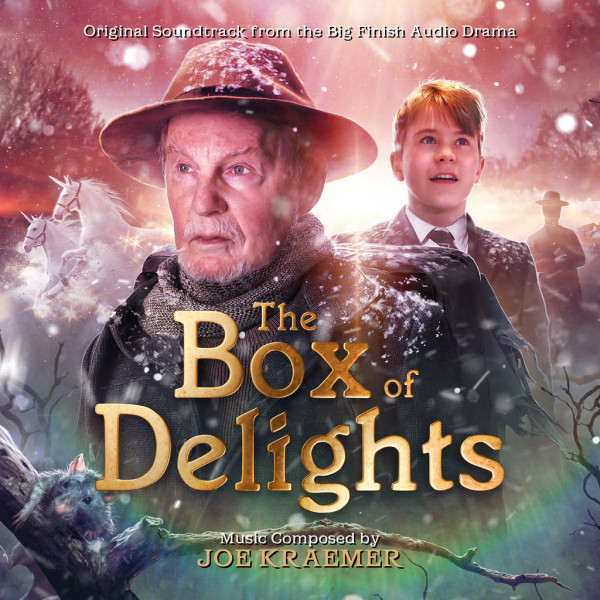 THE BOX OF DELIGHTS

Kay Harker is returning from boarding school when he finds himself mixed up in a battle to possess a magical box. It allows the owner to shrink in size, to fly swiftly, to go into the past and to experience the magical wonders contained within the box. The current owner of the box is an old Punch and Judy man called Cole Hawlings whom Kay meets at the railway station. They develop an instant rapport, which leads Cole to confide that he is being chased by a magician called Abner Brown and his gang, which includes Kay's former governess. For safety, Cole (who turns out to be the medieval philosopher and alleged magician Ramon Llull) entrusts the box to Kay. The schoolboy then goes on to have many adventures as he protects the box from those who wish to use it for bad deeds.

A Carol Symphony – Arrival at the Train Station

Antics on the Platform

The Mystery of the Box

The Box of Delights

Taking to the Sky

Herne and the Magical World

The Joys of the Season