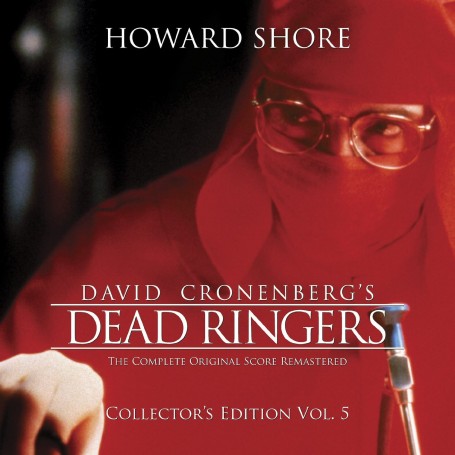 Looking back at their 35-year history, the three soundtracks being released are some of the best to showcase their partnership. Cronenberg earned the Los Angeles Film Critics Best Director honors for 1988’s DEAD RINGERS, a chilling story of identical twin gynecologists—suave Elliot and sensitive Beverly, bipolar sides of one personality—who share the same practice, the same apartment, and the same women. Howard Shore has said, that “the music in DEAD RINGERS works all around the edges. It’s all about subtext.” The album release will feature 14 minutes of previously unreleased bonus materials. Howard Shore won the Genie Award for his DEAD RINGERS score.